Alex O’Loughlin (born Alexander O’Lachlan on 24 August 1976 in Canberra, Australia) is an actor, currently starring in the CBS television series, Hawaii Five-0 as Lieutenant Commander Steve McGarrett. His best known earlier roles include Kevin Hiatt in The Shield and Mick St. John in Moonlight, and romantic comedy film, The Back-up Plan, where he starred alongside Jennifer Lopez, which grossed $77,237,270. He is also the current ambassador for Donate Life America.

I am a long time fan of the short lived series “Moonlight”.   I’m sure this was one of the most romantic shows on TV and certainly helped feed my love of Vampire fiction.  I have the DVD’s of this show and every now and then will have a marathon of re-watching.  Love that Vampire! 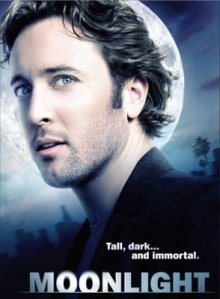 Here’s a vid of Alex in “Moonlight” with a really sexy song by the late great Etta James.

Thankfully Alex did not leave the TV arena after Moonlight.  Now he can be seen in” Hawaii 5-O” on CBS.  He is One of Deet’s favorites.  Yes, indeed he is.

(Yeah, I know this has absolutely nothing to do with books, oh well, Sexy Man Tuesday will be a regular feature until the well of sexy men runs dry.  Sometimes book related, sometimes just because.) 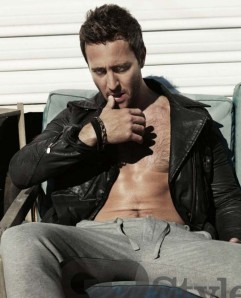 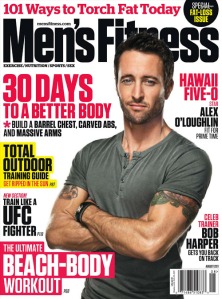