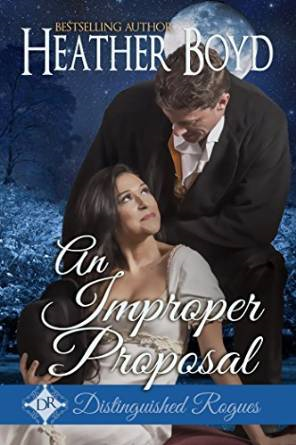 Source: Free for review from the publisher

In life there are choices… Spinster Iris Hedley was once the darling of the ton until her father lost his fortune through an illness of the mind. Reduced to living as a penniless guest while her father rots in debtor’s prison, she’s determined to escape unscrupulous robbers who’ve set her to spy on the ton by the only means possible—by becoming a wealthy man’s mistress. Unfortunately for Iris, her proper upbringing never covered intimacy or seduction so she asks the one man she trusts for help with private lessons in the duties of a mistress. …in love there is but one Martin Andrews, the Earl of Louth, may have a soft spot for tiny Iris Hedley, especially after her father fled London with a horde of debtors nipping at his heels. Her request for lessons in seduction leaves him reeling and although tempted it’s an offer he must refuse for her own good. Convinced she’s headed for heartbreak, he sets out to prove that surrendering to wicked pleasure is not worth the sacrifice of her future only to discover that her problems are more complicated than his own. A sizzling regency historical romance novel.

Yes, this is a sizzling novel; safe to say it is a bit raunchy but feels like reality of the times. It doesn’t gloss over the morals and attitudes of society by focusing on the simpering debs at the ball. This is about those who are trying to just hang on in society and perhaps even feeling some panic at their perceived downfall. Or some who have learned how to play the game for their own advantage.

I enjoyed this darker regency romance. The characters were brought to life and felt very real. The good guy had his faults and the villain was truly evil. Iris was very lucky when she pursued being a mistress that she encountered Martin who was an honorable man since the ton was full of the dishonorable type. I really like this not-so-varnished view of the era.

I can easily recommend this book to HR fans.