No tricks only treats this Halloween.  Yeah, I know you’ve been missing Sexy Man Tuesday so today the treat is a hottie that you can see each week on the CW’s  new show ARROW, Stephen Amell.  And after you get to understand the meaning of sexy comic book characters there is a video of other hunky TV guys.

What is it about a buff guy wearing a hoodie.  The first time I thought this was hot was when I saw that “Assassin’s Creed” guy wearing that hood as he leveled everyone in the video game.  But let me tell you, watching Stephen Amell as Oliver Green in ARROW is a heck of a lot hotter than an animated guy.  Well just take a look…………. 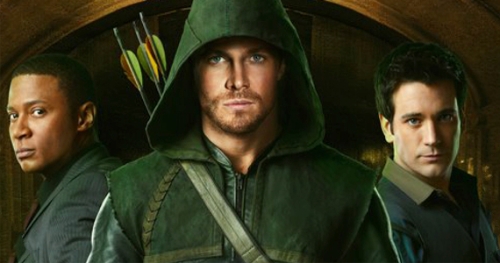 those other guys are worth a look, too.

The CW sure doesn’t mind showing off his bod….. 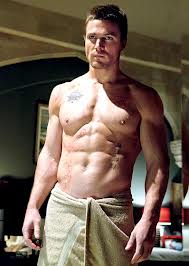 Although I can’t swear he does all those fantastic stunts in the show, they certainly are impressive.  But you know I love  his pretty face……

Ah-h-h-h and now for all those other sexy TV guys…..   the music is a bit Freaky so play it softly at work but definitely listen….

Review- Once Bitten by Stephan Leather

Description from Amazon.com: There’s a full moon over Los Angeles, and for police psychologist Jamie Beaverbook that can only mean one thing: the crazies will be out in force. But when he is called into the station for a consult in the middle of the night, even the jaded Beaverbrook can’t believe his ears. The innocent-looking girl in the interview room doesn’t look a day over fifteen, yet the cops say Terry Ferriman was discovered in an alley off of Sunset Boulevard, her mouth smeared with blood as she crouched over the body of a man whose throat was torn out. A basic psych evaluation convinces Beaverbrook of Terry’s sanity and yet he can’t ignore the evidence that seems to point in one extraordinary direction. He tells himself he doesn’t believe in vampires, but after some digging, the good doctor begins to realize that the shadows of L.A. conceal a world where girls like Terry never age and where blood is more valuable than gold.

Stephan Leather is a top thriller author from the UK.

This was a wonderfully scary novel.  Scary in that the reader is never quite sure of the next move or outcome.  Deliciously and insidiously evil are the machinations of both the “good guys” and the “bad guys”.  Caught in the grips of both is Jamie Beaverbrook, a super intelligent, driven psychologist who obsesses about his own aging.  From the beginning we are drawn to this sympathetic character and invest in his mission.

We are slowly indoctrinated into the author’s web of reality where vampires exist along with other creatures of the night in a world that is exactly our own.

This very good read concludes with a especially satisfying ending.